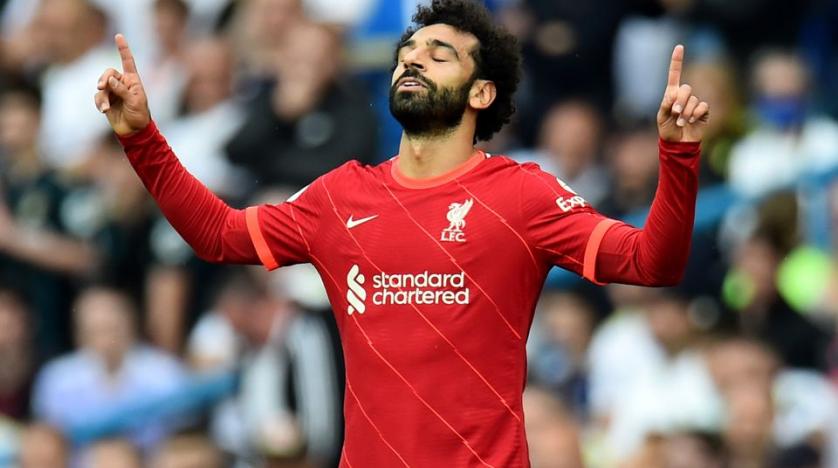 Mohamed Salah was seen alongside Liverpool’s sporting director Michael Edwards, and his soon-to-be successor Julian Ward as the uncertainty regarding the 29-year-old’s future drags on.

They were pictured sharing a table at the Landmark Hotel in London, where the Egyptian received the esteemed Football Writers’ Association Footballer Of The Year Award. Salah’s agent Ramy Abbas Issa also sat at the same table. In fact, it was Abbas who shared the snap on social media.

The Liverpool ace won the award for the second year in a row, thanks to his haul of 30 goals and 14 assists that have kept Liverpool in contention for a historic quadruple this season.

But, Salah is far from content with what he achieved this season. After securing Liverpool’s ticket for the Champions League final, Salah told BT Sport that he wants to hit 40 goals for the Reds this season.

Salah has just over a year left on his current Liverpool contract. Therefore, the Merseyside outfit is desperate to tie their talisman to a new contract. Even though Salah is understood to be enjoying his life at Liverpool, both parties have failed to reach an agreement yet.

Is Salah signing a new Liverpool contract, or does he intend to leave to pursue a new challenge? There is scarce evidence in support of both of these possibilities.

The picture gives us one clear indication, however. There is no animosity between the two parties. The talks are going on behind the scenes, and if they can settle on terms, we could get to see Salah plying his trade at Anfield for a couple more seasons.

Sources close to the club claim that Salah loves playing in Jurgen Klopp’s system and wants to continue as a Liverpool player past his current agreement. However, the only thing delaying the new contract is the disagreement over financial demands.

Salah wants a substantial increase over his £225,000 weekly salary. Since his arrival at the club in 2017, Salah has proved that he is worthy of a far more lucrative paycheck. Liverpool are willing to offer him higher wages, but Salah’s representatives believe he deserves an even more rewarding contract.

Liverpool fans hope that Jurgen Klopp’s contract extension will prompt Salah to pledge his long term future to Liverpool. However, the Liverpool boss said that his decision to renew with the club would not affect Salah and Liverpool’s contract limbo.

Perhaps, we will not receive a concrete news on Salah’s future before the end of season. Liverpool have a hectic run of fixtures coming up. They will try to outrun City in the Premier League title race in the last few weeks. An FA Cup final meeting with Thomas Tuchel’s Chelsea at the iconic Wembley await afterwards. And, finally, the Reds will wrap up the season battling it out with Real Madrid in Paris for Champions League glory.

Salah and Liverpool have their plates full at the moment. But once the season ends, the negotiations will step up. The Liverpool faithful have their fingers crossed to see everyone coming out of the meeting with all smiles.