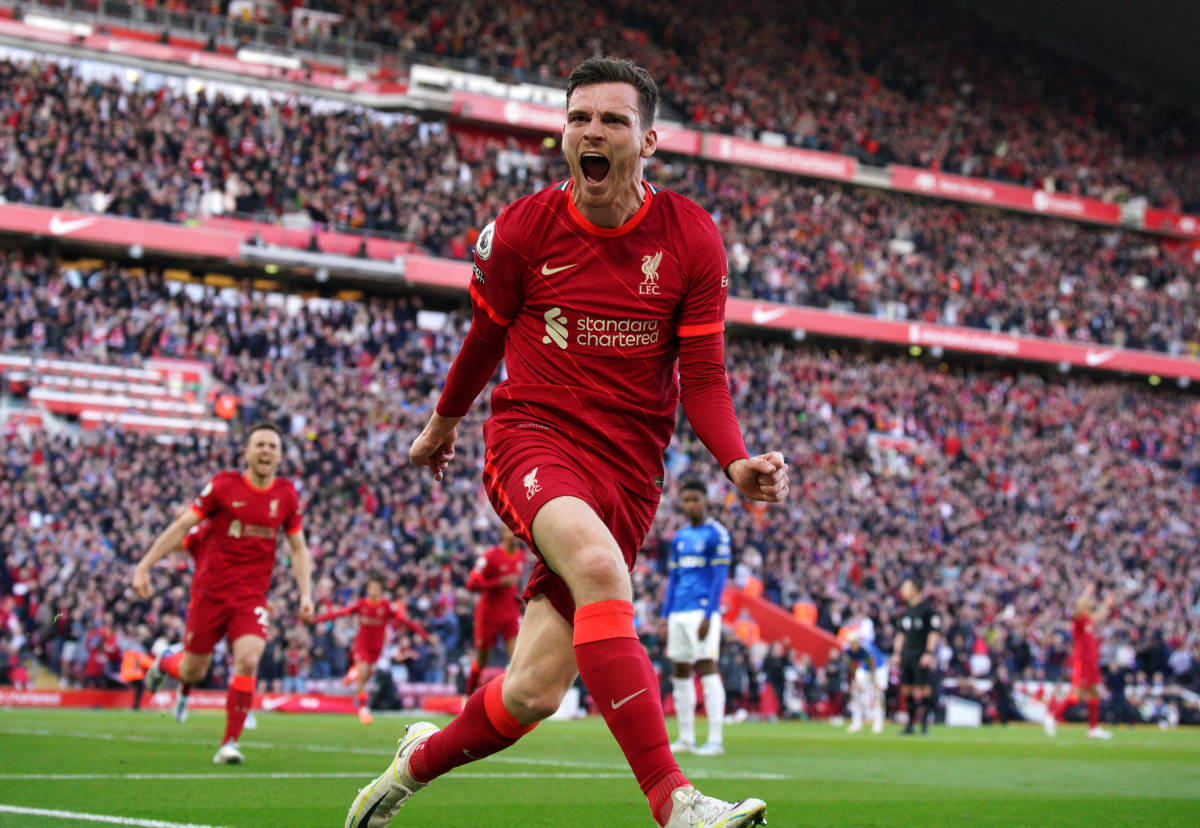 As the news of a second goal for Villa reverberated around Anfield, fans stomachs churned. The easiest plan for the day was a Liverpool and a City win. With City in deep trouble – needing 3 goals in less than half an hour – could Liverpool actually throw away the league with dropped points at home to an on-the-beach Wolves?

For the players, it must have been hard to work out what was going on. Andy Robertson recently provided an example of how it felt in a post-match discussion. For the Scot, he thought for a moment he might have scored a decisive goal – yet, as he explained, the empty noise around Anfield told the reality of the story.

What did Andrew Robertson say about Sunday?

When speaking about the game and what took place, Robertson gave his usual candid views on the match itself. He noted on the match and the wider season: «It was extremely close, missing out by a point again, being over 90 points, it’s incredible. But we’ll keep going, we will bounce back next season, we will try to go again.

«The last time it happened we reacted in a pretty good fashion and we have to do that again next season. We have to be ready to compete with them again and be better than them and try to get our hands on the Premier League because it’s a good trophy to win, and we got a feel for the way Anfield might be if we did win it and we want that feeling again. We need to work extremely hard next season to get that.»

Asked how he felt and coped with the caos of the last day, the Scotland captain added: «There’s two emotions. First of all, gutting, of course it is. We have been beaten by fantastic champions, nobody can argue that. Man City are a great team. But the second feeling I have is that I’m extremely proud to be a part of this club and extremely proud to be a part of that changing room. The way the lads have gone about their business this season is special.»

Did the players know what was happening, though? Were they aware of the situation? Robertson concluded: «It’s hard not to be. At half-time we knew they were 1-0 down but the problem was we were 1-1, we had to still win the game. We were rushing things and a wee bit forceful. I heard a big cheer and knew Villa had scored again, but then you hear the Wolves fans react as well. When I scored my goal, it’s probably the quietest Anfield has ever been and I’m thinking «something’s not right here».»

For the Reds, the season ends on Saturday. With a bit of luck, it will end with a seventh UEFA Champions League trophy.